In late 2019, the idea for an initiative that would see athletes & sports personalities come together to fight anti-Semitism was discussed amongst several prominent members of the sports and entertainment community, including now Chairperson Alex Voihanski. Over time, and while still not losing focus on its original goal, the idea expanded to include many other races, cultures, faiths and identities, all that were struggling to find their voice and place in the world.

From there, Unity Through Sport was established in the Spring of 2020. It was formed to be a very inclusive organization; one that would aim to unite people, instead of dividing them further. The notions of “Building Community One Game at a Time” and “Opportunity Through Unity” became a central focus for the initiative, and one that would resonate with its ambassadors, supporters, donors and sponsors.

Covid-19 and the incidents that occurred in the United States in the summer of 2020, delayed the official launch of the organization, but quietly things continued to grow, advocates and champions were added, and Unity Through Sport became a full blown reality in 2021.

“The lesson never changes, so why is it so hard for some people to learn: No one is free until everyone is free. As Martin Luther King Jr. explained: ‘Injustice anywhere is a threat to justice everywhere. We are caught in an inescapable network of mutuality.’ So, let’s act like it. If we’re going to be outraged by injustice, let’s be outraged by injustice against anyone.” 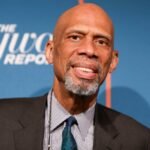 Our Team
Get in Touch
Page load link
Go to Top